Last week I braved my fears and threw my attempt at a log-line for my book out to the masses for feedback.  And what feedback I got!  Such encouraging, kind, constructive words from so many of you…I’m still chewing through it all, but I’m feeling better about the concept.

We really Are Not Alone…and it rocks.  *big grins*

One suggestion that I found really helpful was to compare the book to popular movies or books that already exist.  While the hubster and I were discussing this idea, the conversation drifted, as it generally does, into the ridiculous.  Soon we weren’t talking about my book at all, but saying things like:

Five nouveau riche hillbilly highschoolers move to Beverly Hills and find themselves in detention after refusing to conform to privileged private school rules.

Unemployed bachelor and all-around slob, Buck babysits his brother’s rebellious – and ghostly – teenage daughter and her cute – and slimy – younger brother and sister.

We spent a decent amount of time cracking up at our new game and very, very clever book premises.  (To be fair, the hubster was home sick that day, jacked up on cold medicine…and I’m all a muss with preggo hormones…so things probably sounded far funnier to us than they will to any of you.)

As we were cackling and patting ourselves on the back for our wit and humor, it dawned on me how this could easily turn into hours and hours of fun – or, at the very least, a blog post.  🙂

So here are some log-lines for unwritten books based on the idea of marrying popular movies/books/tv shows together. 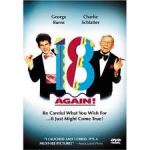 King Leonidas – trapped in the body of his swinging grandfather – must lead a force of 300 men to fight the Persians while maintaing his bad-ass reputation, while his grandfather, trapped in King Leonidas’ much younger body, decides to re-live his youth.

How to Train Your Dragon meets Pride and Prejudice 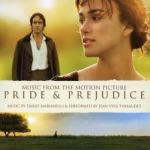 On his first day on the job as a narcotics officer, a rookie cop works with a rogue detective who wasn’t what he expected: a dog. 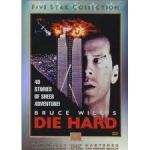 A city boy moves to small-town USA where he gives a local terrorist operative a dose of their own medicine through the medium of rock and roll and dancing.

An undersized depression-era racehorse sets out to rid Boston of evil.

After inadvertently wreaking havoc on the elf community due to his ungainly size and love of his gun, a man raised as an elf in the North Pole is sent to San Francisco to track down a serial killer.

A local public TV station gets a new owner – a 20-something New Jersey-ite with orange skin, sky-high bouffant, and a vapid lifestyle.  Against all odds, the station becomes a big hit, with all sorts of gags and wacky humor from her friends.

Alright, that’s plenty from me – I want to hear what you’ve got!  What are some story combinations so ridiculous that they have you laughing out loud?