It’s Sunday afternoon and I need to work…

but I don’t wanna.

The Hubster’s sitting next to me on the couch whispering tip-tap-tippy-tap-tap-tiperoo in a valiant effort to annoy me into not working.

I should probably go upstairs.

SweetZ’s trying to get me to play pool with her on the iPad.  She’s dressed up as Princess Aurora today, resplendent in pink heels and bedazzled flowers.

I should probably go upstairs.

The boys are whooping it up in the other room playing old-school Mario Brothers.  Their fun is loud and hardy and magnetic.  I want to go to there.

I should probably go upstairs.  I’m never going to get anything done down here.

Little Miss Took is swinging in her swing, babbling sweetly while she inspects the two new magical things she’s discovered – her hands.  She has the hiccups.  ERHMAHGHERD.  Baby hiccups.  How can I not toss the laptop on the floor and cuddle her right now?

Need to go upstairs, pronto, or none of stuff I have on my list will get done.

Screw it.  Ima gonna have fun instead.

While I’m having fun, you need to vote on whose underwear drawer you want to peek in next week:  boy next door, other-worldly stranger, or little old lady? 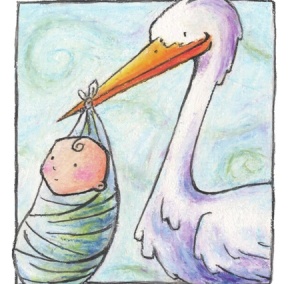 Many of you lovely readers already know we’re gearing up for the arrival of baby number FOUR here in the Shafer house. Only a couple more months now until sweet baby Girl makes her appearance, and it’s got me thinking about the absolutely inevitable:

I’ve done it three times before, and lived to tell the tales. You’d think I’d be cool as a cucumber, totally zen. But, ohhhh, baby. I’m not.

‘Cause here’s the thing. Every single one of my childbirth experiences was as different as the children that emerged from my womb.

Offspring number one? I was determined to not feel a thing. Not an ounce of pain would I endure. I mean, come on. This was 21st century, people. Surely medicine had advanced to the point that women no longer needed to feel pain when delivering new humans to the world? Surely Genesis 3:16 (you’ll give birth to your babies in pain) was an antiquated, outdated notion.

Wrong. Either I had the world’s worst anesthesiologist, or epidurals weren’t meant to work on me. Because no matter how many times they re-adjusted the epidural (three times), or administered more meds (a lot), all they managed to accomplish was deadening my legs. Not my abdomen.

There was much wailing and gnashing of teeth. And expletives. Lots and lots of expletives.

Once the whole ordeal was over (nearly 23 hours from the time my water broke), I remember holding my little baby boy in my arms, trembling, shocked at the fact that (a) something so tiny could hurt so much, (b) that I made it through alive, and (c) that in a couple days’ time, I’d be sent home with this needy little human, where it would be my sole responsibility to keep him alive.

Thankfully, that boy is now ten, very much alive, and has never caused me even a fraction of that kind of pain again, emotional or otherwise.

The second time around, I was a little older, and a little wiser. No way in heck was I going to ask for an epi, and no way in heck was I going into the delivery room unprepared. Boy number one weighed nearly ten pounds when he was born, making the delivery much harder than it ought to have been, so we monitored my nutrition and Bouncing Boy #2’s weight carefully. A week before my due date, I was induced. Everything progressed normally. The pain, when faced head-on with the right tools to deal with it on my own, while not easy, was totally manageable. I remember holding my second son in my arms, trembling in shock that (a) I’d done it pretty much on my own, (b) I wasn’t keeling over in residual pain, and (c) I wasn’t terrified to take him home. Sure, it hurt, but (and yeah, I get it, this sounds weird) it was a good hurt. A productive hurt. A hurt worth its weight in gold.

Then, nearly four years ago, I was preparing to do the same with my third child. A little girl. SweetZ had decided she wanted to be breech, but I was having none of that. Determined to avoid a c-section at all costs, I opted to try external version…which is just a fancy way of saying let a doctor pretend he hates your abdomen for an hour while he tries to get your baby to turn around.

It sucked. So bad. And in the end, SweetZ never fully turned. Instead, she lodged kinda crooked-like, which ended up playing a big part (not the whole part…there were lots of very scary moments toward the end of my pregnancy with her) in the fact that we ended up in an emergency c-section…

Where my epidural failed in surgery.

So now, I’m sitting here, belly swollen, contemplating the fact that very soon I’ll be delivering another bundle of joy. This sweetie is so active…sometimes she’s breech, sometimes she’s not. She dances and spins, kicks and caresses, and has no idea how much it stresses me out when I can feel her head bobbing around under my ribs…or how much I rejoice when I feel her feet kick those same ribs. I’m not scared of the pain of childbirth – I can deal with it. In fact, I welcome it – especially in light of the pain a person feels when the effects of an epidural wear off and you’re strapped to a table, cut open.

I’m blessed with an OB I love, and a husband who’s more supportive than I could ever ask for. I know we’ll do everything we can to avoid the OR (though there’s no way in heck I’ll mess with version again). But it’s a hard bit of future to wait for, not knowing how it’ll turn out. Not knowing if I need to steel myself for something wholly unpleasant that’s utterly out of my control, or if I’ll end up getting to do it the way I want – with some hard work and pain, but natural.

And, hey, Dads – I want to hear from you, too! I know my hubster has plenty of opinions about how our deliveries went down!

Week four was satisfying. Reading, writing, exercising…all went well. There wasn’t a whole lot of overachieving going on, but I nailed each goal (except one), which is enough for me at the moment. The exception was the ‘do something good for myself’ goal (*scrunches up nose*), but I’ll do better this coming week, promise.

Hey, and you guys, I absolutely loved getting feedback on writing log-lines (and blurbs), and can’t wait to spend some time this week playing with your suggestions. Thanks – like, a ton!

The really, really good news is that I think we’re looking pretty darn good, homeschool-wise. If that aspect of my life is going smoothly, all the other pieces fall into place relatively easily. 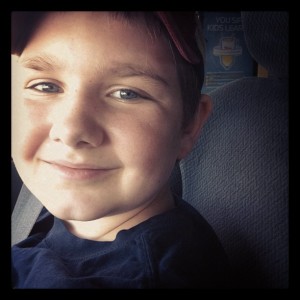 Today marks my oldest child’s tenth birthday! We’re super pumped – at our house, we celebrate birthdays for a full week. Birthday weeks are everybody’s favorite because it’s a week chock-full of fun, fun, fun. So I might be a little more absent online than normal, partying my booty off to celebrate a decade with one of the coolest, most remarkable young men I’ve ever known. Go ahead and be jealous! Or, better yet, come over and join us in the fun. We know how to have a good time!

Wishing each of you a happy, productive week! 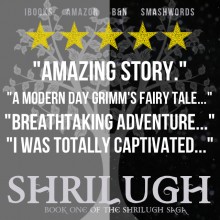 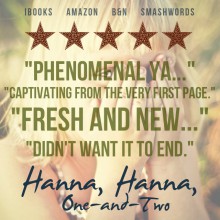 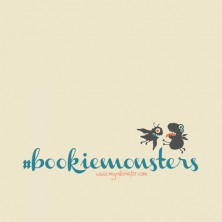